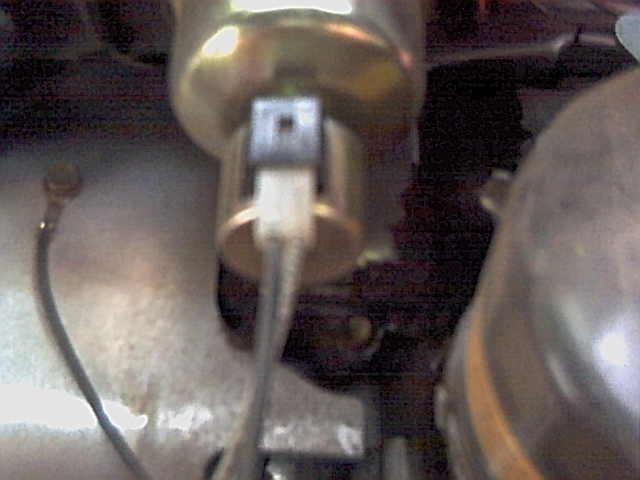 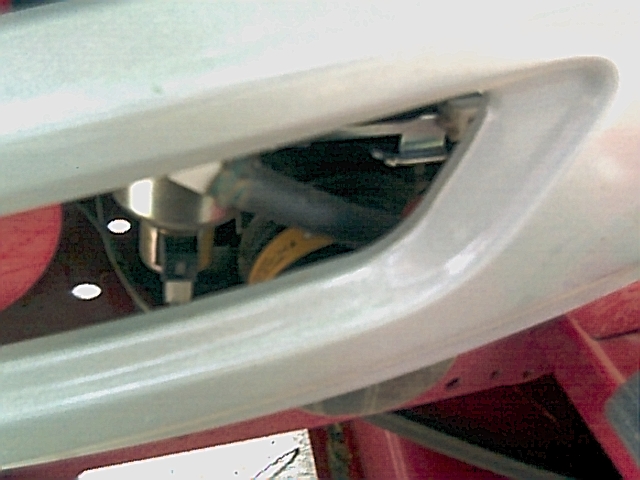 What this little device does is mistaken by many people, like the governor, so I will explain its purpose and how it works.

The correct term is the “Anti-Afterfire Solenoid”. It does exactly that, prevents “afterfiring” when the engine is cut off. This is not to be confused with backfiring, which is a totally different thing. Afterfiring is that loud bang you hear after cutting off a tractor engine. This condition is more popular in Briggs and Stratton engines than any other engine. The loud bang is totally harmless to the engine, but can be scarry or annoying to the operator.

Now the job of the solenoid is to prevent this from happening. It is a very simple, yet expensive part. It works with electromagnatism and a spring. The spring constantly keeps the metal pintle (finger) in the extended position until the ignition switch is turned on. When the swtich is on, 12 volts is supplied to the solenoid, which makes the electromagnet pull down on the pintle. When the switch is off, the spring automatically returns the pintle to the extended position. If you have seen an IAC valve on a car, you will have an idea of what I am talking about.

When you have the solenoid installed on the bottom of the carburetor and turn off the engine, the spring pushes up on the pintle. This pintle actually blocks the main nozzle, preventing fuel from being sucked up through it when the engine is coasting to a stop, thus preventing the loud bang noise when the engine stops.

If you don’t have this solenoid, you can prevent the afterfire noise by slowing the engine down to idle and let it cool off for about 30 seconds. This will give the muffler a chance too cool.

It is possible for the engine to still afterfire if you do have the solenoid. To correct this problem, cut the engine off in fast. DO NOT IDLE DOWN.

7 responses to “The Anti-Afterfire Solenoid”