So, you have an urge to know how an engine works, huh? You have stopped at the right website. Here, I will explain in great detail how the 4-cycle engine works.

This is the very first step in the chain of events that makes an engine run. This is also the most important step. Incorrectly metered fuel entering the combustion chamber (cylinder) can severly hamper perfromance (explained later in the carburetion theory). Valve clearance is also a very important factor.

How healthy your engine is how well the compression stroke works. For the engine to be very efficient, all of the “charge” (air and fuel mixture) must stay inside cylinder as long as possible. And for this to be possible, the rings, valves and cylinder must be in good shape to prevent the “charge” from leaking out.

The piston is now traveling back up the cylinder and the intake valve is closing. By the time the piston reaches TDC (Top Dead Center), it has squeezed, lets say, 13 Cubic Inches of charge into less than 1. If your rings and cylinder was is bad shape, most of that charge would have leaked around the rings, reducing the compression ratio. 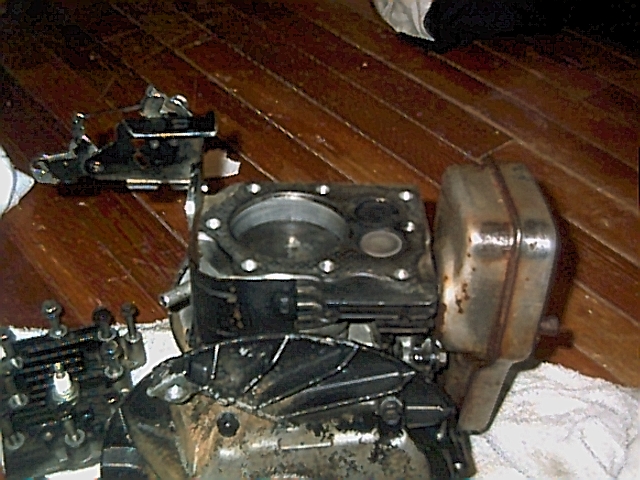 The Power Stroke is the most extreme stroke. It puts a great amount of pressure on the entire engine (rings, rod, crankshaft, valves and valve seats and piston.) This stroke does something with that charge that we squeezed from 13 to 1. While the piston was traveling towards TDC, CDI, or magneto ,was building up a charge and at around 12 degrees or less BTDC (Before Top Dead Center), the charge is released and arcs across the spark plug. By the time the piston arrives at TDC, the charge is violently exploded inside the engine, pushing the piston downward (power).

You now ask youself, how did the piston get violently pushed downwards? What happened was, the charge that we squeezed to 1 rapidly expanded back to 13. Obviously you can’t cram 13 of anything into 1, so the expansion of the “charge” forces the piston downward, making useful power. 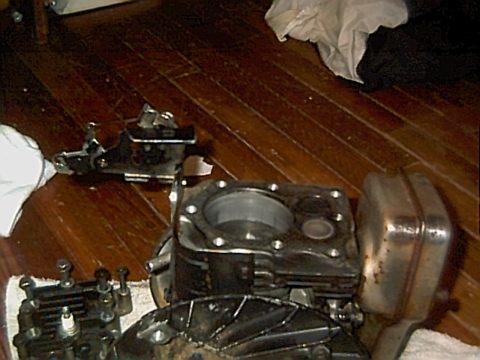 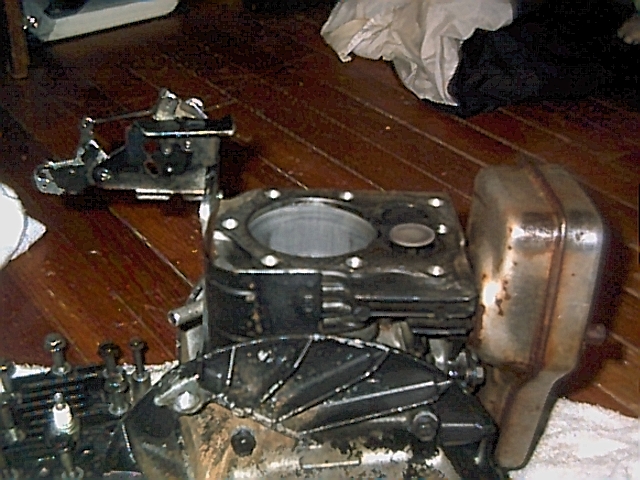 Now with that said, you may wonder, “If there is only one power stroke for every 4 total strokes, then what makes the engine continue going without stopping, because I know that there is not enough energy created to run the engine for three more strokes before making another power stroke?”

And that is a great question you asked yourself. What helps the engine continue through the other 3 “useless” strokes is inertia. And that inertia can be found in the flywheel. That extra 15 pounds of weight on the crankshaft “pushes” the engine through the other 3 strokes. And we call that Momentum. And to prove this, all of you Tecumseh engine owners, remove the mower blade and try to start the engine.